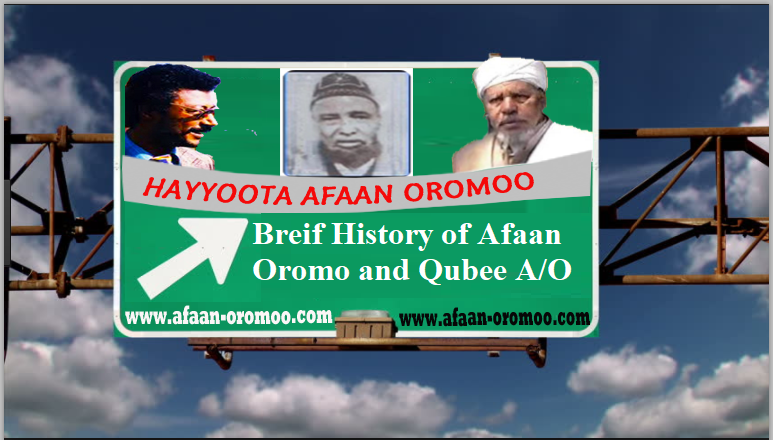 Afaan Oromoo, a highly developed spoken language, is at the top of the list of the distinct and separate 1000 or so languages used in Africa. Afaan Oromoo speakers are spread over a wide geographic area; not only in Ethiopia, but also in Kenya, Somalia, Tanzania, Uganda, Burundi, South Africa, Libya, Sudan and others parts of the continent. In spite of its importance as a vernacular widely spoken language in the Horn of Africa, Afaan Oromoo, remains one of the least studied languages. It’s the 3rd most spoken of African’s languages next to Kiswahili and Hausa.

Afaan Oromoo today lacks a developed literature, and has less printed materials than any language with a comparable number of speakers. This does not mean, however, that the Oromo have not tried to develop their language. Starting from the first half of the 19th century, Oromo religious leaders and scholars have attempted to discover scripts suited for writing Afaan Oromoo. The work of Sheik Bakri Saphalo is one such attempt.
The underdeveloped status of Oromo literature is mainly attributable to the ‪#‎Amharization‬ policy of consecutive Ethiopian governments over the last one hundred years. These governments have not only neglected, but have also actively suppressed the development of Oromo literature.

The adoption of a script for Afaan Oromoo has been a burning issue. Even now a day, sympathizers of dead feudal system are blindly suggesting Sabean script for writing Afaan Oromoo, and many others just for purpose of creating a homogeneous Ethiopian society and identity through the medium of Amharic.

Afaan Oromoo had remained essentially a well-developed oral tradition until the early 1970’s when the Oromo Liberation Front (‪#‎OLF‬) began to use it as an official language in the liberated areas. Additionally, the Front adopted the Latin script as its official alphabet.
About five months after the collapse of Mengistu’s regime in May 1991, the OLF convened a meeting of Oromo scholars and intellectuals on November 3, 1991. The purpose of the meeting was to adopt the Latin script the OLF had been using or suggest an alternative. Over 1000 men and women attended the historic meeting which met in the Parliament Building in Finfinnee. After hours of discussions and deliberations, it was unanimously decided that the Latin script be adopted.

Some of the reasons for this landmark decision are:
1- The Sabean syllabary, too, was suggested as another alternative. However, its roughly 250 characters are too unwieldy to adapt to Afaan Oromoo. It must also be added that the Sabean syllabary not only fails to indicate vowel length and gemination (a doubling of a consonant), but also slows down a writer’s speed since each symbol, which cannot be written cursively, must be printed (spelled alone).

2-Afaan Oromoo, excluding those represented by P,V,Z, has 34 basic sounds (10 vowels and 24 consonants). One possibility is to invent 34 signs corresponding to each of these 34 sounds. As it is impractical and unnecessary effort to invent new script, instead, it was decided that the Latin alphabet be adopted. This decision is historic because the alphabet is the most highly developed and the most convenient system of writing, readily adaptable to Afaan Oromoo. Additionally, These 37 characters (or 52 if the capital letters are considered important) can be learned in less than a month.

3-Practical Reasons: – The Latin alphabet was adapted to many languages including English, German, Swedish, Danish, Norwegian, Dutch, Italian, French, Spanish, Portuguese, Polish, Czech, Croatian, Somali, Swahili, Sidama, Hadiya, and Others.
Qubee Afaan Oromoo also aligned itself with so many countries that use Latin script. One obvious advantage of this is that an Oromo child who has learned his own alphabet can learn, for example, the form of the English script in a relatively short period of time. Another practical reason is its alphabetic writing’s adaptability to computer technology. 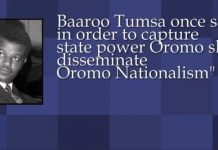 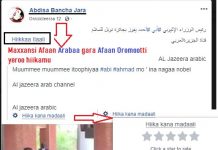